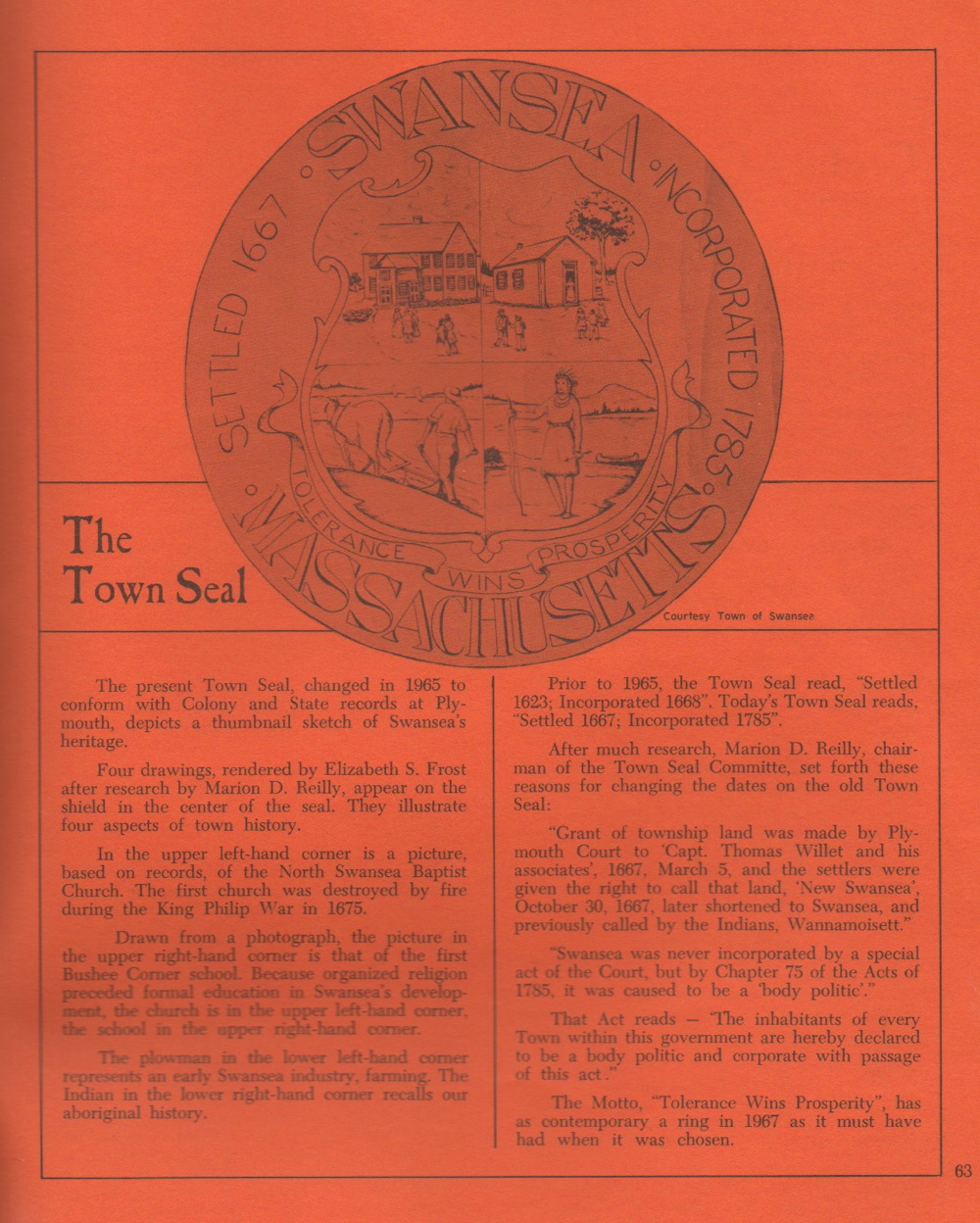 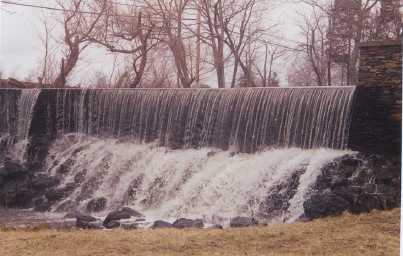 A short history of the Swansea Dam, constructed around 1957 by Alfred Damas, reconstructed in spring and summer of 2016 and dedicated on September 15, 2016 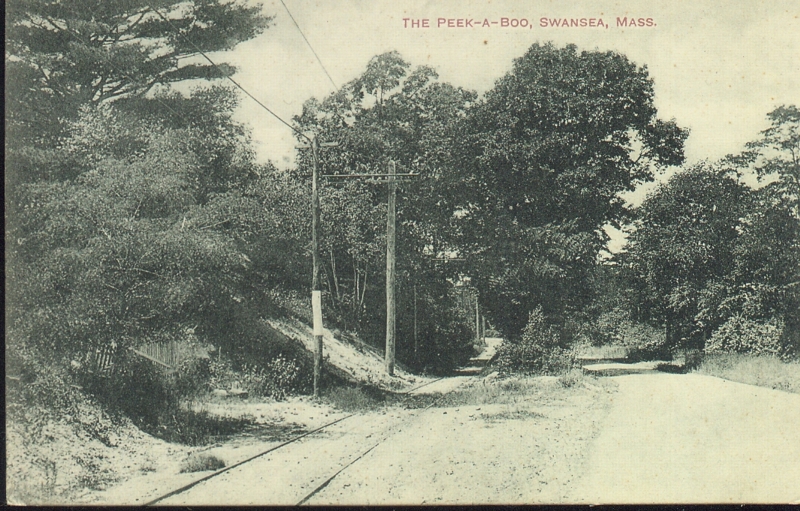 Scrabbletown & Places Then and Now

Click here to read an article titled "Scrabbletown was part of the Swansea Village" from the January 17, 2007 'Spectator' about historic areas in town and their olden-days names

Click here to read an article titled "A peaceful place with a tough-sounding name" from the September 11, 2008 'Herald News' 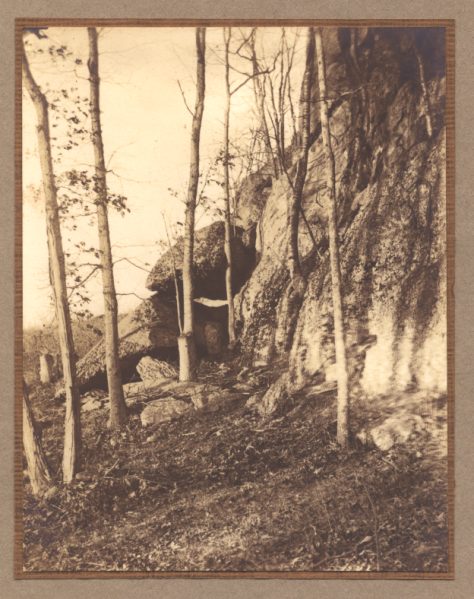 "A large boulder north of Swansea Village is known as Abram's Rock. The tall oak trees at its base whisper of the Indians who once trod the ground beneath them or rested in their shade. King Philip himself might have rested here when hard pressed by his enemies. Farther than the eye can reach were the lands of Massasoit."

"On June 20, 1675, it was reported that a band of Pokanoket natives looted homes of English settlers on the Kickemuit* River in present day Warren, RI, and set two homes on fire including that of Hugh Cole. On the morning of June 23rd, more houses were ransacked and burned. The next day a Pokanoket warrior was shot and wounded by John Salisbury. Later, Salisbury and six other settlers were ambushed and killed near Swazey Corner. Two other settlers were ambushed and killed when they went to seek help. Thus began the King Philip's War, the region's bloodiest conflict and the turning point in the contest for the control of land throughout New England." - from King Philip's War & the Colonial Contact Period in and around Barrington & Warren, RI, & Swansea, MA 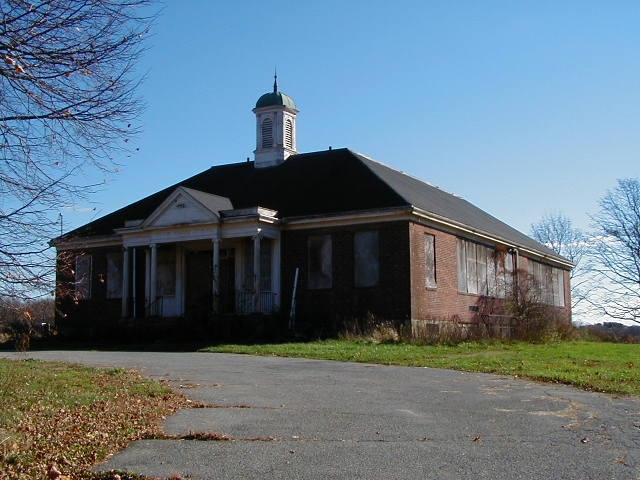 click here to read the article titled "Village where a young man's 'ship came in" from the 'Herald News' - "You have to give Mason Barney credit for ambition. He knew he couldn't build a boat when he wrote his first sales order, at age 20, in 1802. But he was the son of a boat builder. He spent years running errands in his father's boat yard, far up along the Palmer River, right beside the Myles Bridge." (6/20/2008)

"In 1886 Mr. Mason superintended the construction of the first of the Durfee mills, on Pleasant Street; in 1868-9, that of the Mechanic mills on Davol Street; and in 1871, that of the Stafford mills on County and Quarry streets. He superintended the building of the entrance arch at Oak Grove Cemetery, on Prospect street; the Troy building, on Fourth and Pleasant streets; the United States Custom house on Second and Bedford streets, (1875-1880); the B. M. C. Durfee High School, Rock street, (1883-1887); the Bristol County Court house. North Main Street, (1888-1889); the Fall River Public Library, (1896); and Christ Episcopal Church, and the Swansea Free Public Library, in Swansea, (1899)." - from History of Swansea, Massachusetts, 1667-1917

The Valentine Mason House was located on the G.A.R. Highwasy in Swansea, just before the current Colletti Lane. The house fell into disrepair and was demolished in 2006.

"Lizzie Borden is best known for her arrest and trial for the 1892 axe murders of her father and stepmother. She was acquitted in 1893." - from Lizzie Borden Biography 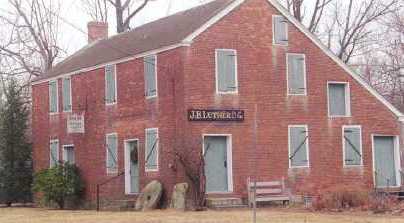 "The Luther Store is a historic store at 160 Old Warren Road in Swansea, Massachusetts. It is a 2-1/2 story brick structure with a saltbox profile. Its main facade is five bays wide, with entrances in the second and fourth bays, and interior chimneys at each end. The store retains original fixtures, including solid mahogany counters, drawers for goods storage, and the proprietor's desk. The store was built in 1815 by John Brown Luther, and was operated by the Luther family as a store until 1903. The Luther's Corner area was in the mid-19th century the economic center of Swansea, and Luther's Store served as post office and library. It was acquired in 1941 by the Swansea Historical Society, which now operates it as a local history museum." - from Wikipedia

The store was listed on the National Register of Historic Places in 1978.

The museum is home to the Swansea Historical Society and located at the intersection of Old Warren Road, Pearse Road and Maple Avenue in Swansea, Massachusetts.

The museum is open on Sundays in July and August or by appointment.